Communication is the Goal, Isn’t It?

The definition of communication is; “The exchange of information between people, e.g. by means of speaking, writing, or using a common system of signs and behavior”.  Since communication is an “exchange”, it requires both a listener and a commenter.  Effective communication requires:

1.  The listener must understand the intent of the commenter.

2.  The context in which any comment is made must be understood.

3.  The words used in any comment are less important than the intent and the context.

4.  A comment made in one situation is not necessarily valid in a different situation.

If we are to communicate with one another and really understand one another, these four rules apply.  Often we see misunderstandings occur when these four rules are not applied.  This is why “politically correct” is so ‘Incorrect’!  We see good people torn apart by the media because their comments are taken out of context and their intent is misrepresented entirely.  Many in the  media are so eager to pass judgment they totally disregard intent and context.  They seem to be interested only in sensationalism.  They are definitely not interested in true communication of ideas.

From time to time we are all guilty of rushing to judgement.  We don’t take time to examine the facts before we label someone or something.  When we put a label on someone or something  we stop examining the facts  because we assume we know all there is to know.   Soren Kierkegaard said; “Once you label me you negate me.”

How many times have you met someone and made a quick judgment of him/her only to realize  later you were completely wrong?  This world would be a much nicer place if we  learned to hold our judgments and remain open-minded.  The following story illustrates this point. 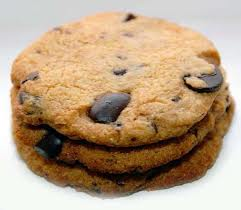 A woman was waiting at the airport one night,

With several hours before her flight.

She hunted for a book at the airport shop,

Bought a bag of cookies and found a place to drop.

She was engrossed in her book, but happened to see,

That the man beside her, as bold as could be,

Grabbed a cookie or two from the bag between,

Which she tried to ignore to avoid a scene.

She was getting more irritated as the minutes ticked by,

With each cookie she took, he took one or two,

When only one was left, she wondered what he’d do.

With a smile on his face and a nervous laugh,

He took the last cookie and broke it in half.

He offered her half, and he ate the other.

She snatched it from him and thought,

“Oh brother. this guy has some nerve and he’s also so rude,

Why he didn’t even show any gratitude.”

She had never known when she had been fo galled,

And sighed with relief when her flight was called.

She gathered her belongings and headed for the gate,

Refusing to look at the “theiving ingrate”.

She boarded the plane and sank in her seat.

Then sought her book which was almost complete.

As she reached in her baggage, she gasped with surprise,

There was her bag of cookies in front of her eyes.

“If mine are here” she moaned with dispair,

“Then the others were his and he tried to share”.

Too late to apologize, she realized with grief,

That she was the rude one, the ingrate, the thief!

For now, Earlynns just sayin’; “Let’s not rush to judge others when we do not know the whole story behind their actions.”

If you would like to enjoy your own copy of Earlynn’s book, Transformed, just click on the above tab, “Earlynns’ Book” to order your copy.  Thank you.  Gloria! In Excelsis Deo!

Earlynn is a spunky mother, grandmother and yes, even a great grandmother. I have always been drawn to things spiritual from the time I was very young. Over the years I have read, studied and prayed that God would use me to bring comfort to troubled minds. That is my purpose more than anything else, but along the way I have also lived a very happy life. I love my family....5 children, 5 inlaws, 18 grandkids and four great grandkids. I am a master cake decorator, I love gardening, I am passionate about health and nutrition. I love parties and gatherings of family and friends. I love cooking and at least twice each year I host dinner for 50. I love writing, teaching and public speaking. I love my sweetheart. We met when we were only 10 years old and will soon celebrate our 50th anniversary. Everything I do is centered on my spiritual beliefs and I know love is the answer to all of life's problems. Join me on my web site as we explore many ideas, laugh a little and love a lot.
View all posts by Earlynn →
This entry was posted in Self Improvement, Spirituality and tagged Don't rush to judgment, Politically correct is definitely incorrect. Bookmark the permalink.

5 Responses to Communication is the Goal, Isn’t It?