American History is a required subject for schools in America.  My personal schooling grades K through 12 required many American History classes.   I have found that some importants facts of history are not being taught.  I am not sure why, but I believe we all gain greater love and understanding of our country when we learn more of the facts about our Founding Fathers and those who helped  mold this great country we call the United States of America.

Most of America’s immigrants came from Europe.  We came from cultures that believed  governance came from the top down.  It was believed that God ordained certain people as Kings and Queens to rule the common people.  Land was owned by the king or Queen who appointed Lords to administer the lands.  Commoners living on the land owed obedience and allegiance to their King or Queen and Landlord.  Communication was formal and full of pomp and circumstance and life was governed by a mountain of “Thou Shalt Nots,” and bathing was believed detrimental to good health.  So imagine their shock as settlers just off the boat from the Old World saw European-looking settlers skinny-dipping with natives.  Many wore Indian buckskins and their down to earth  informality was infectious.   The strongly held belief in equality of all permeated the culture.

Why had these Europeans changed so dramatically?   It was the influence of the American Indians.  These Indians had been living under a system of governance, The Iroquois Confederacy for hundreds of years.  Some say as early as 1100 but no later than 1500.  Through this confederacy Indian nations (Mohawk, Oneida, Onondaga, Cayuga, Senica and later the Tuscaroras) had found a way to live in peace, harmony and mutual respect.  On July 4, 1744, a powerful Indian Chief, Canassatego, spoke at a meeting designed to forge an alliance between  the Iroquois and the colonists.  Chief Canassatego said,  “Our wise forefathers established union and amity between the five nations.  This has made us formidable.  This has given us great weight and authority with our neighboring nations.  We are a powerful Confederacy and, by your observing the same methods our wise forefathers have taken, you will acquire much strength and power; therefore, whatever befalls you, don’t fall out with one another.”

Benjamin Franklin who was present at the meeting later told of a powerful demonstration given by Canassatego at the meeting.  Canassatego approached Franklin and gave him a gift of one single feathered aarow.  When Franklin expressed confusion about the gift, Canassatego took back the aarow and broke it on his knee and let the pieces fall to the floor.  Then he presented to Franklin a sheaf of twelve aarows (one arrow for each colony represented) tied together in leather.  Not even the strongest man in the meeting could break them.

In 1787, John Rutledge of South Carolina read these words written 250 years earlier to members of the Constitutional Convention from Iroquois law:  “We, the people, to form a union, to establish peace, equity, and order…..”

Many historians believe Canassatoga is indeed one of our lost Founding Fathers.    American history must report the powerful affect the Iroquois culture and constitution had on the founding of the United States of America.  Resolution 331, was passed in October, 1988, which acknowledged the influence the Iroquois constitution had upon our own founding documents, including the Declaration of Independence. 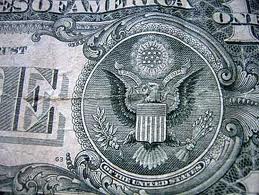 Next time you hold a dollar bill, remember Chief Canassatego.

Earlynn is a spunky mother, grandmother and yes, even a great grandmother. I have always been drawn to things spiritual from the time I was very young. Over the years I have read, studied and prayed that God would use me to bring comfort to troubled minds. That is my purpose more than anything else, but along the way I have also lived a very happy life. I love my family....5 children, 5 inlaws, 18 grandkids and four great grandkids. I am a master cake decorator, I love gardening, I am passionate about health and nutrition. I love parties and gatherings of family and friends. I love cooking and at least twice each year I host dinner for 50. I love writing, teaching and public speaking. I love my sweetheart. We met when we were only 10 years old and will soon celebrate our 50th anniversary. Everything I do is centered on my spiritual beliefs and I know love is the answer to all of life's problems. Join me on my web site as we explore many ideas, laugh a little and love a lot.
View all posts by Earlynn →
This entry was posted in History and tagged American History, Chief Canassatego, The Great Seal of the United States of America. Bookmark the permalink.