What Does Science Have to Say About Prayer? 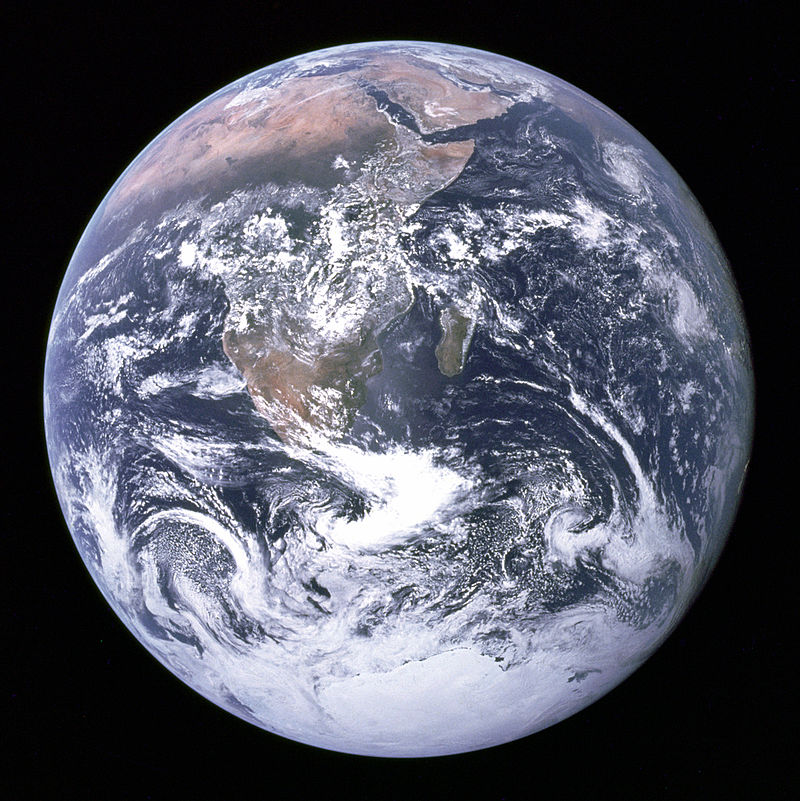 The institute of Noetic Sciences was founded by Edgar Mitchell the sixth of twelve men to set foot on the moon.  As Apollo 14 was returning to earth, he was filled with an inner conviction as certain as any mathematical equation he’d ever solved.  He knew that the beautiful blue world to which he was returning is part of a living system harmonious and whole.  And that we all participate, as he explained later, “in a universe of consciousness.”  He was trained and comfortable in  the world of rationality and physical precision, but he became acutely aware of another way of thinking. This experience was so profound  nothing in his life had prepared him for it.  He realized we had barely begun to probe the deepest mystery of the universe – consciousness.  He further realized the human mind itself was the next frontier with possibilities we had hardly begun to imagine.

He co- founded The Institute of Noetic Sciences,  (IONS) with Paul M. Temple in 1973.   The mission of IONS is to explore the fundamental powers and potentials of consciousness using the tools of basic science.   An interesting study on prayer was funded by IONS in 1995.  IONS recruited Elizabeth Targ, a rigorously trained doctor, scientist and psychiatrist to conduct experiments on the effectiveness of remote prayer on healing.

The parameters for the study were to design an impeccable experiment that would determine whether positive or negative thoughts could influence events.  She and her co-researcher, Fred Sicher decided to study the effect of prayer on the advancement of Aids.  They choose participants from aids patients who were expressing the same degree of illness.  Twenty patients were divided into two groups of ten without any of the patients knowing in which group they were placed.  One group of ten were the focus of remote healing prayers.  All twenty patients were given the exact same medical treatment.

The study employed 40 religious and spiritual healers from evangelical Christians to Native American shamans and just about everything in between.  It was a double blind study in which no one but the shamans knew which patients were receiving healing prayers.  One qualification for the shamans was that they must have a history of successfully treating cases that the medical establishment deemed hopeless.

The healers were given a name, a photo and a T-cell count of each person for whom they were praying.  So four healers were praying for each of  the ten patients in the prayer group.  The healers were asked to “hold an intention for the health and well-being” of the patient one hour a day, six days a week, for ten weeks.

The results were astounding.  After six months four of the ten patients in the control group without prayer had died.  In the other group, all ten were not only still alive but all reported they were feeling better and objective medical analysis substantiated this fact.

Targ and Sicher repeated this experiment with fifty separate control factors.  Once again those who received healing prayers scored significantly healthier in all parameters measured.  They continued with a number of other investigations on the effectiveness of healing prayers.  In all studies regarding remote healing prayers, the healers religion or method of prayer it did not appear to make any difference.  The most successful healers expressed humility by stating that some higher force was working through them.

There have been many other studies about the power of prayer.  Dr. Larry Dossey, author or Healing Words and Prayer is Good Medicine reviewed more than sixty scientific studies that provide evidence of prayer having a measurable impact on healing.  These studies show that regardless of which religion or form the prayer takes, without love and compassion, the prayer has little or no effect.

Dr. Dossey summarized by saying that the best healing attitude is “Caring deeply with no hidden agendas.”  Having no hidden agenda means not having an attachment to the outcome or how that outcome manifests.  So, “In order to have something, you must at once desire it, yet not be attached to getting it.”  As the scriptures tell us always pray that  “God’s will be done.”

A long time ago someone told me that a deep sigh is a prayer for God’s help.  I believe this is true.  Pay attention the next time you find yourself sighing deeply and remember that sigh is an unspoken prayer for God’s blessing.

For now, Earlynn’s just sayin’:  “An old hymn says, ‘Prayer is the soul’s sincere desire uttered or unexpressed’.   The important part of prayer is not the memorization of words, it is the feeling and intent contained therein.”

To order a copy of Earlynn’s book, Transformed, just click the ‘Earlynn’s Book’ tab above to order your copy.  Thank you.  Gloria!  In Excelsis Deo!

Earlynn is a spunky mother, grandmother and yes, even a great grandmother. I have always been drawn to things spiritual from the time I was very young. Over the years I have read, studied and prayed that God would use me to bring comfort to troubled minds. That is my purpose more than anything else, but along the way I have also lived a very happy life. I love my family....5 children, 5 inlaws, 18 grandkids and four great grandkids. I am a master cake decorator, I love gardening, I am passionate about health and nutrition. I love parties and gatherings of family and friends. I love cooking and at least twice each year I host dinner for 50. I love writing, teaching and public speaking. I love my sweetheart. We met when we were only 10 years old and will soon celebrate our 50th anniversary. Everything I do is centered on my spiritual beliefs and I know love is the answer to all of life's problems. Join me on my web site as we explore many ideas, laugh a little and love a lot.
View all posts by Earlynn →
This entry was posted in Health and Wellness, Spirituality, What Science Tells Us and tagged It's Prayer's intent that makes it Powerful., Prayer Is Powerful. Bookmark the permalink.

4 Responses to What Does Science Have to Say About Prayer?